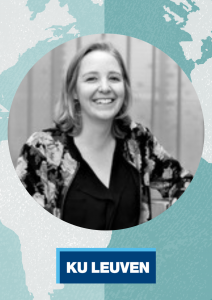 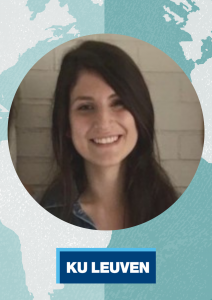 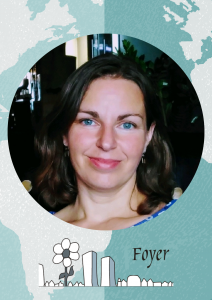 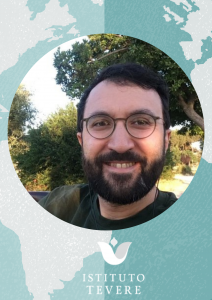 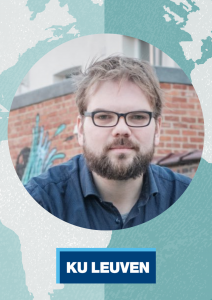 The first speaker of day two is non other than the charming ✨Marie Figoureux! ✨Together with Baldwin Van Gorp she researched the conversations on Radicalisation: Voices from the ‘Suspect Community’
➡️ Marie Figoureux is a PhD candidate at the Institute for Media Studies at KU Leuven, Belgium. Her research focuses on the framing of migration, refugees and radicalization and looks for alternative and depolarizing communication strategies on mentioned topics
The second speaker of the second day will be ✨Ans De Nolf ✨with her research: 'Face to face with Islamophobia: A Qualitative Study into the Coping Mechanisms among Muslim Youth in Flanders'
➡️ Ans De Nolf holds a MA degree in Communication sciences. She has done research on the experiences, solutions, causes and coping-mechanisms of Islamophobia among young adults in Flanders. In her current role of Junior Researcher at the Institute of Media studies, she continues this research.
Next on the schedule is the interesting ✨Ann Trappers✨ about Safe Spaces, Sensitive Subjects: Conversations with Young People on Religious Radicalisation and the Media.
➡️ Ann Trappers holds a PhD in Social and Cultural Anthropology (KU Leuven) and MA degrees in Cultures and Development Studies and Literature. She has done research on the integration of Romanian immigrants in European capital cities. In her current role of Programme Coordinator at Foyer vzw, she is responsible for the planning of and reporting on activities, and she has also done research into current migration and integration phenomena in Brussels.
The fourth speaker on the second day will be the incomparable ✨Mustafa Cenap Aydin ✨on this research: Interreligious ‘Gemeinschaft’ in the Making in a Post-Pandemic ‘Gesellschaft’.
➡️ Mustafa Seynap Aydin is a sociologist of religion, a public speaker/expert on interreligious relations. He is currently the director of the Tevere Institute (A centre for intercultural studies) in Rome and the deputy secretary general of the Jacques Maritain International Institute in Rome. Graduated in Political Science and Sociology at the University of Bogazici in Istanbul. He studied Catholic theology and interreligious dialogue at the Pontifical Gregorian University, ecclesiastical and constitutional law at LUMSA University in Rome and Sociology of Religion at the Pontifical Angelicum University. He is a lecturer at the "Master of cultural and religious mediation" of the Faculty of Philosophy of the Salesian Pontifical University of Rome, and also teaches at the EUCA Summer School at the University of Cambridge. Member of the Board of Directors of the Religions for Peace in Italy ONLUS. He collaborates with the following institutions: the International Franciscan Fraternity in Istanbul, Dialogue Platform in Brussels, REDESIM (Religions, Rights and Economics in the Mediterranean Space) at the University of Insubria and Pontifical Council for interreligious Dialogue (Vatican). He is the creator and host of the radio programme "I passi del dialogue" at On the Move Radio.
The final speaker of the second, and last, day of the Webinar will be the charming, interesting and hand-on academic✨ Alexander Van Leuven ✨with his research On Validation and Impact: 'The Evidence-Inspired Mechelen Model for C/PVE'
➡️ Alexander Van Leuven is a Social Worker and Anthropologist working on a PhD in Media Anthropology. His current research concerns ‘emic perspectives on youth alienation expressed through interpersonal and mediated communication’. This project is a collaboration with the Belgian City of Mechelen and it is intended to inspire both evaluation methods and the improvement of local C/PVE policies in Belgium and its neighbouring countries. The endeavour is funded by the European Commission’s Interreg 2seas programme. His interests extend to linguistic anthropology, social alienation and institutionalisation, racism and islamophobia. Validation of research is always a primordial concern in his work. Previously he was engaged in an anthropological study of Brussels’ alleged ‘no-go zones’ and worked both as a local C/PVE coördinator in Mechelen, and as a community developer in Rotterdam and Antwerp. Alexander enjoys a ‘hospitality position’ at the Politics and Governance Department of VU Amsterdam University, where he is collaborating with the ‘Institute for Societal Resilience’ on research about the nature of ‘resilience building’ practices in CVE programmes.